Irrespective of your point of departure or arrival, remnants of Jewish life are everywhere on Polish territory. Poland, once host of the second biggest community of Jews on the continent (the Russian Empire was on the first rank), is now witness to the complex process of the reconstruction of bonds. These bonds concern multiple generations, world views, interpretations of the past, and, not least, visions of the future. The ancestors of the Jews who experienced the misfortunes inflicted on Jewish population across the region during WWII come to Poland in the attempt of better grasping that dark age in the history of this part of the world, but also to build up new communities or revisit old patterns of life (preserved by way of books) and thus bringing fresh personal as well as communitarian perspectives. At the same, within Polish society, the old and new generations debate controversial aspects of WWII: the latter`s attempt is to issue a more detailed representation of the time, which departs from the simplistic view of the older generation, that is of the Nazi perpetrators vs. local victims. Yet, the more the idea that the local population had their fair share in the events leading to Holocaust gains attention within academic publications and circles, the more ignorant seem the wider public in these matters. It even is the case that anti-Semitism acquires new modes of expression, or, at least a new impetus. As a side note, this phenomenon can be noticed in many countries in the region where stereotypes related to Jews and Jewish life are renewed to the extent of becoming common places in everyday speech, despite the simple fact that most of the authors of these common places will most probably never meet a Jew in their life… . Therefore, in which future is concerned, one may ask, are we going to witness two camps with distinct representations of past? On the one hand, the one of Jews wishing to preserve what remained of their heritage, especially young Jews visiting the places that once were homes of their grandparents, and, on the other hand, the one of the local populations entrenched in national myths? Or, in a more optimistic note, is to say that the younger generations will be aware that they ultimately are part of a transnational community of shared experiences, of which dark things like ethnic cleansing is a reality concerning everybody?
These dynamics are visible on the Polish territory at the level of renovations or reconstructions of buildings belonging to the shrinking Jewish patrimony, memorials and monuments dedicated to people and places, or, simply, markers of lifestyles that faded away after WWII. The most known of these is Kazimierz, the ex-Jewish neighbourhood of Cracow which has witnessed a true revival in the last ten years or even more (many printed and video materials, both academic and journalistic describe the trend).
The oldest remnant evoked in this series of photos is the mykvah located at no. 9 on Włodkowica Street in Wrocław. Like all ritual baths, it was built near a synagogue, this one near the White Stork Synagogue. Built in 1901, this ritual bath, (i.e. the ritual bath, that is the cleansing of the body of impurities of both spiritual and physical nature, was an activity taken up by Orthodox Jews in the eve of important holidays) will be soon renovated. Meanwhile it hosts public events related to the life of the once thriving Jewish community of Wrocław; visitors can find out details about the realities of mykvah like what made kosher water, or its centrality in the life of religious Jewish women.
The photos below retrace a journey from North to South, from East to West. The first in the series represent objects and renovated interiors of the interesting Baroque Synagogue of Tykocin (small town located in North-Eastern Poland, near the border with Belarus). Afterwards, heading to Białystok, where the reconstructed dome of the destroyed Great Synagogue of the city can be seen, via Warsaw, which hosts Polin, the Museum of Jewish life on Polish territories, the trail goes south. In the south, more precisely south-east, in Cracow, the photos represent various aspects of Kazimierz. Heading west towards the last stop, in Wrocław, the photographic journey tells the story of some objects of the White Stork Synagogue like the mezuzah. 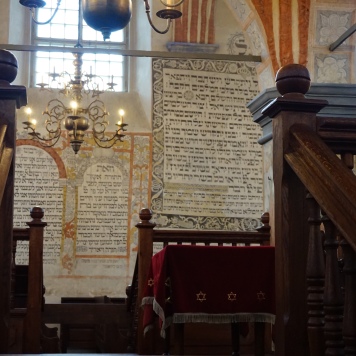 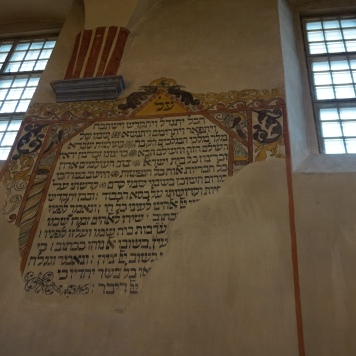 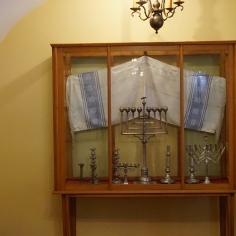 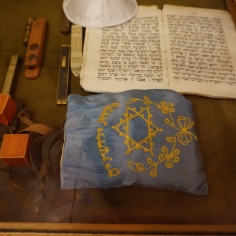 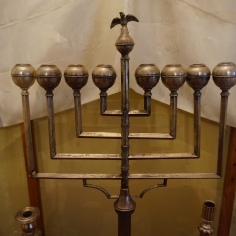 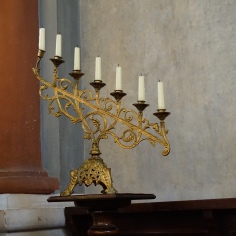 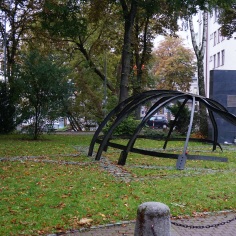 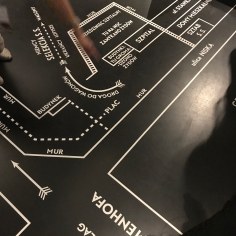 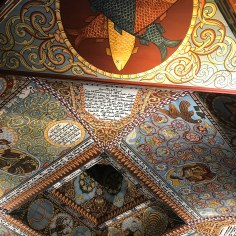 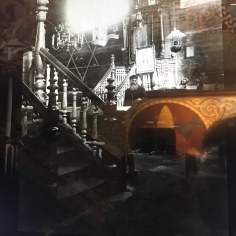 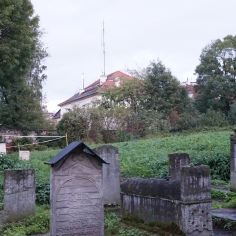 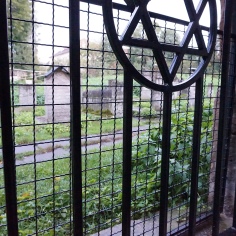 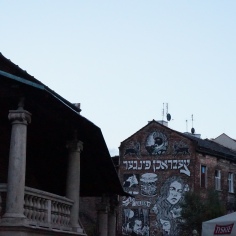 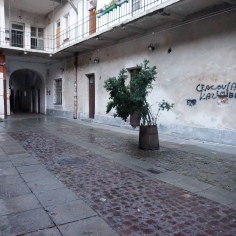 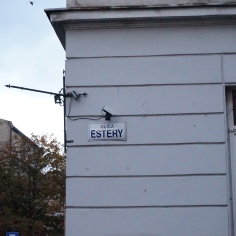 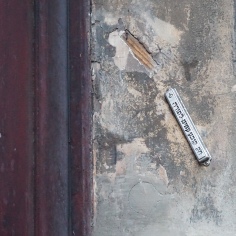 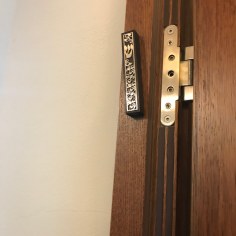 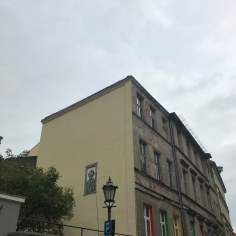 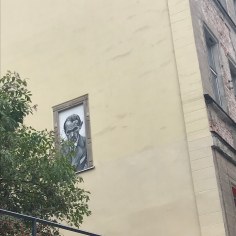 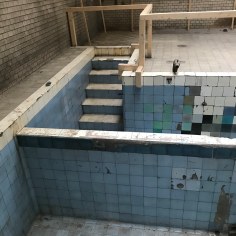 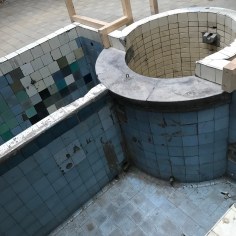 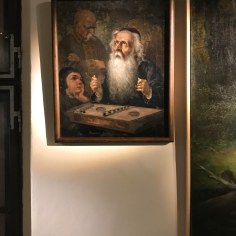