In the major religions, the representation of the world, of both seen and unseen things, is one of a hierarchical order (1). It derives from this that there is no direct passage from profane, that is from our human sphere, to sacred, that is to heaven. In the cultures rooted in Western sensitivity, in the imagination of many writers, starting with medieval authors like Thomas Aquinas or Dante, and going to early twentieth century poets like R. M. Rilke, this intermediary world is populated by angels (2). They are like buffer layers between our ordinary world and paradise, something that is not as profane as us, humans, yet, not as sacred as God. Angels may have the attributes of the human, but they are not flesh.
Since they are so close to the human, angels, better said their visual representations, have experienced a multitude of definitions, classifications, as well as ascriptions of roles and functions. Angels can be forgiving to the human`s faults, but also punishing; angels can guide the human, but they can also monitor him/her and report in turn the human`s good or bad deeds to his superiors; angels can sit on the right and on the left of the human and subsequently deal with the noble and with the less noble parts of the human`s character; some angels are in charge with the individuals, whereas others are responsible for communities or regions. Angels can have specific missions, such as heralding the birth of Christ, protecting the home and its inhabitants, bringing spiritual and material wealth to the individual and his/her surroundings, or, simply, counselling and supporting the individual through his/her life journey.
Thus, it is only natural that angels have been a constant presence in all the major Western artistic trends, from the old religious ones, in which angels were sexless creatures usually represented as warriors until the age of Renaissance, which revolutionised their visual representation in that that it ascribed them human physical features. Afterwords, Baroque and Rococo amplified the human features of the angels, focusing on the connection existing between a state of angelness and the innocence of childhood and of early adulthood. We all remember the sweet, naughty angels of Guido Reni, as well as the eerie, beautiful young women emerging from a church bas-relief or painting. Indeed, angels are an element of the sacred architecture of the famous cathedrals of the world, but also folk themes responsible for a region or community`s identity, as seen on Christmas fairs. The most touching nevertheless are those unknown angels that guard private spaces, common homes. Every moment, the angels guide the lives of the house`s dwellers, but also of those relatives who are far.
Such is the case of a private collection located in Pine Bluff, a small town in southeastern part of Arkansas, USA. Somebody has been amassing (but also crocheting) angels for a lifetime, and the result is amazing. In the pictures below you can admire just a part of this impressive gathering of angels. Many of them have generic features like those mentioned above (e.g. heralding, protecting, counselling angels). Worthy of attention is also the fact that some angels of the collection bear the mark of a local craftsman, Jim Schore who gives a southern culture touch to the angels coming out of his workshop (3). 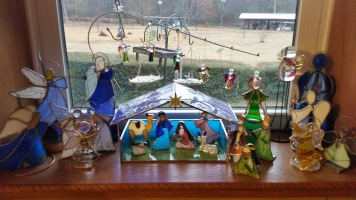 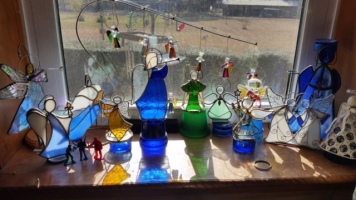 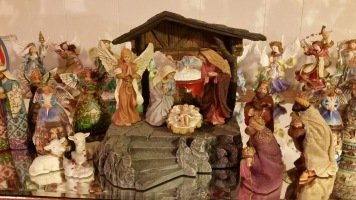 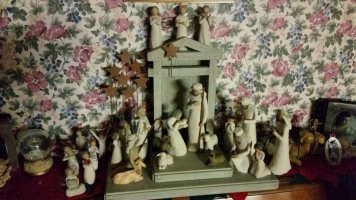 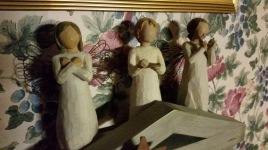 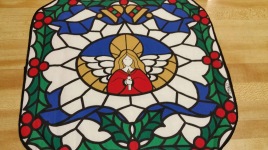 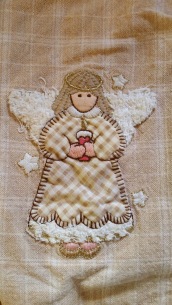 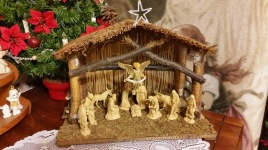 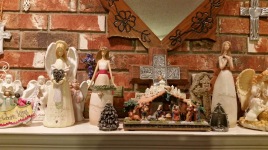 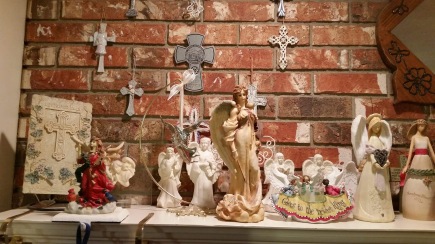 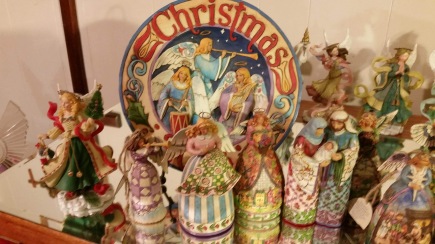 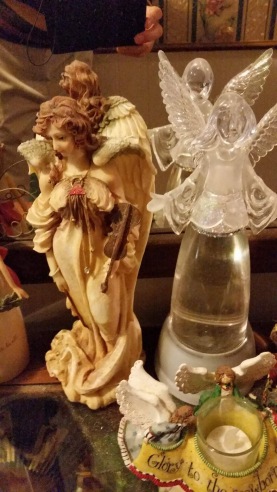 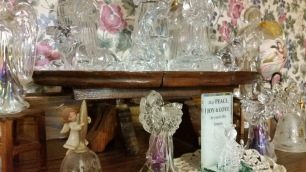 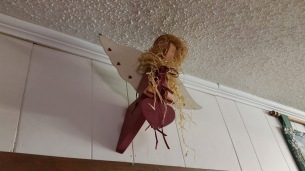 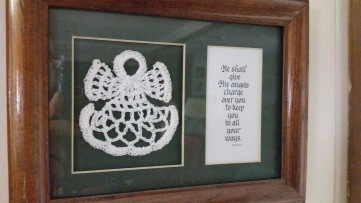 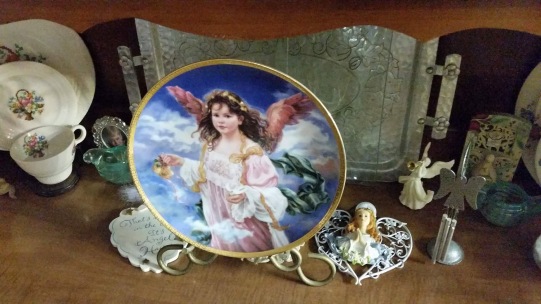 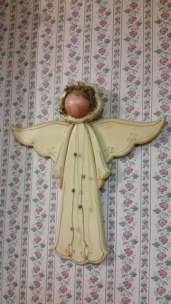 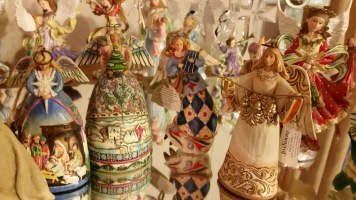 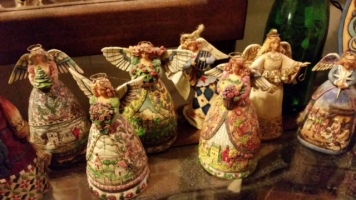 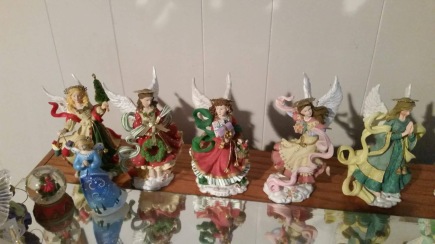 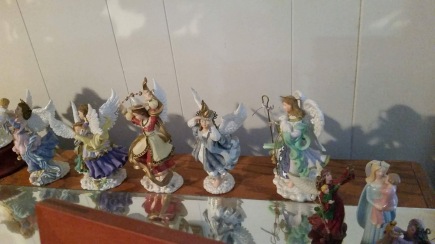 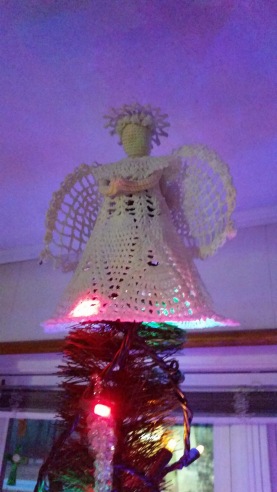 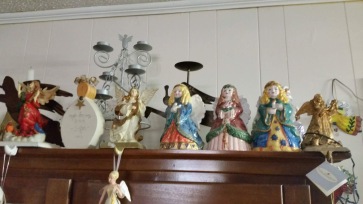 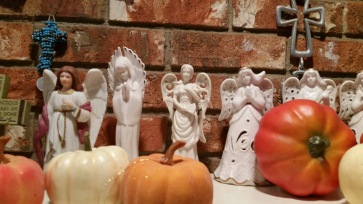 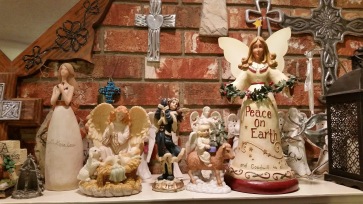 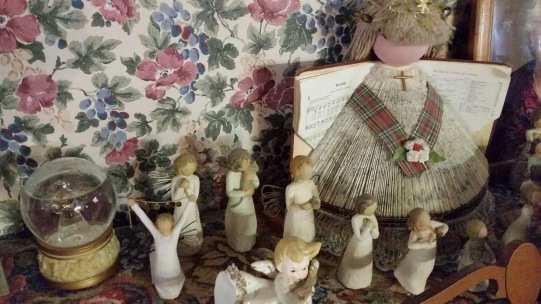 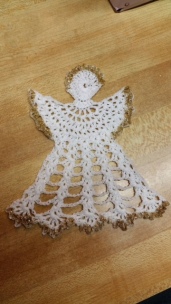 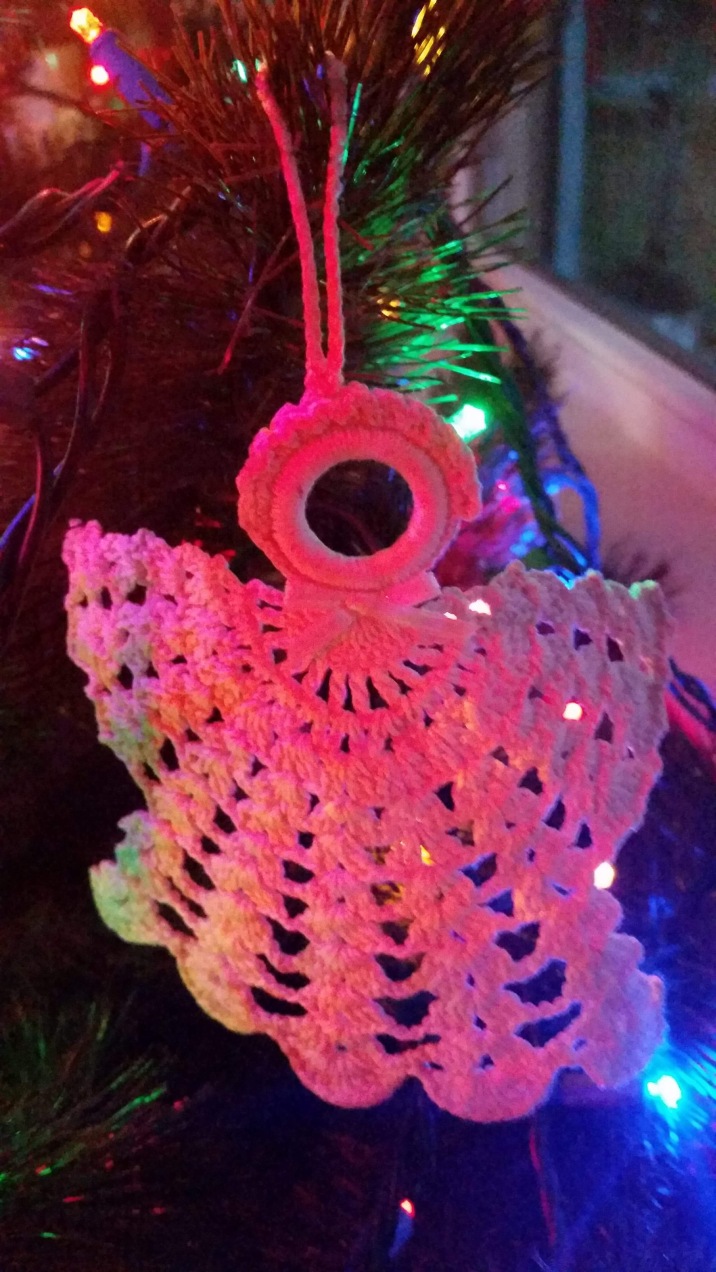 One thought on “A Collection of Angels”