My sculptures these days are little poems about the nature of god
and the peace that comes from knowing
that no matter how scattered or chaotic our understanding
we are still connected to greater truths. (Hank Kaminsky, http://hankkaminsky.com )

Hank Kaminsky is an artist with a background in engineering whose work of art reflect the dual nature of matter, the spiritual and the physical. Since the 1970s, he has worked with a technique called `Sand-Matrix Design` which can be also seen in the World Peace Prayer fountain, shown in this article. The fountain was commissioned by Arkansas Arts Council, and it was unveiled on 31st December 2002; it was a gift of Edwin and Karlee Bradberry to the City of Fayetteville, and it displays a peace prayer in the major languages of the world.
A similar project presented here is the `Sacred Ground`. It consists of a series of concrete sculptures bearing the logo `You are standing on sacred ground`. In the words of the artist: They are intended to be placed in gardens and other places that we find to be worthy of our devotion and love…we can take them home. The works of Kaminsky can be seen in other urban instances like manholes, or they can take the form of design objects like earrings or buckle belts.
Another example of sculpture that we present here is a kind of column that bears a striking resemblance with the work of the Paris-based modernist sculptor Constantin Brâncuși, great influence of the interwar time, called the Endless Column. One could swear that it is a detail made of metal of the aforementioned monument. The sculpture is called `​​Let`s build something together`; it is a Ron Manzanec Memorial Sculpture and it is conceived by Alex Cogbill. 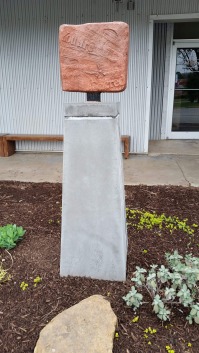 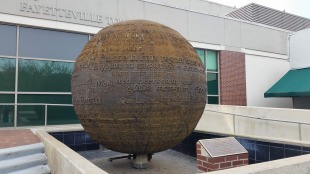 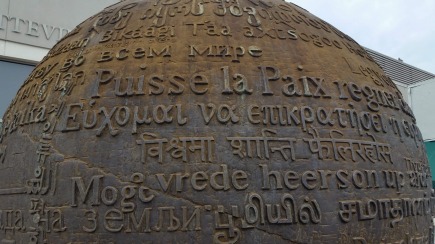 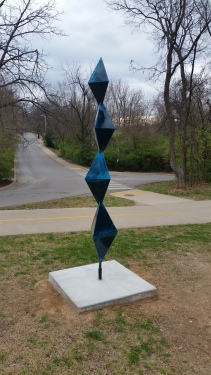 One thought on “Modern Sculpture in Fayetteville, Arkansas, USA (the example of Hank Kaminsky)”