Brașov, the city located in the eastern-central part of Romania, has many things to offer to its visitors. Apart from the historical remnants of the Saxon fortress existing there, in the connecting point between Transylvania and the southern part of the country (i.e. so-called Wallachia), Brașov is a suitable location for young people in search of original places to hang out.

The originality of these places is provided by old or simply atypical objects. This way, random, private objects, vintage or decorative items in windows and shops windows, as well as an awkward display of posters, books, drawings or even medical recipes in pubs, can hint to inclinations for the unusual. The aforementioned often represent labyrinths that invite the onlooker to decipher, narratives whose plot the passer-by can reconstruct according to his/her own imagination. These labyrinths are ultimately “one of those receptacles for old and curious things which seem to crouch in odd corners of this town and to hide their musty treasures from the public eye in jealousy and distrust.” (1)

A walk in the old town of Brașov, in the direction of the late fourteenth-century Gothic style Black Church, is a good occasion to discover interesting shop windows, restaurants, pubs or cafes. 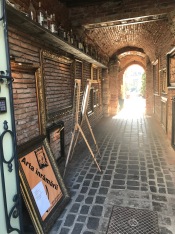 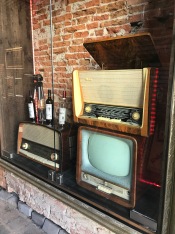 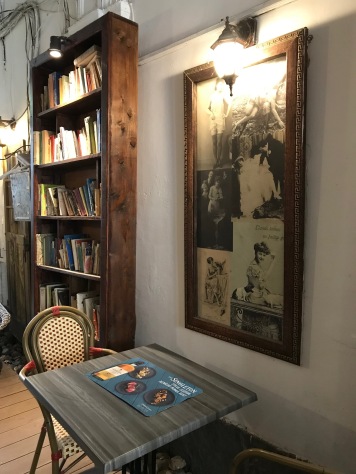 On Michael Weiss, the street located to the right of the Republicii street, one of the most popular restaurants of the town, La Copac, displays a mix of local folk design (e.g. including an oven) and early twentieth century objects taken from the provincial gentry`s houses (e.g. lamps). Few meters away on Michael Weiss, there is the eye-catching Dr. Jekelius, a cafe designed as a medical establishment typical to late nineteenth century; the ads that populate the walls and the windows promote creams, toothpaste, and medicine of the time: their long gone names add exoticism to the appealing design (e.g black-and-white mosaic in the interior, art nouveau drawings at the exterior), which in turn borrow originality and character to the drinks` appearance and content. 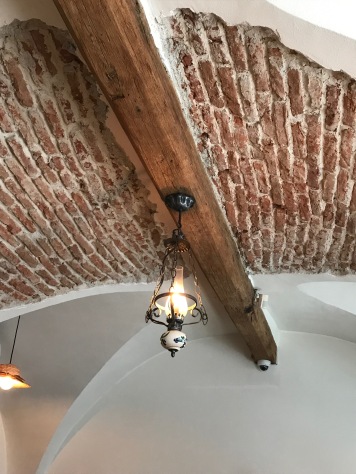 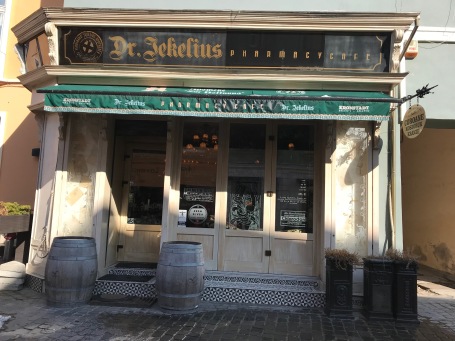 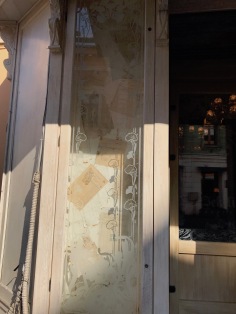 On Grigoraș Dinicu street, located to the left of Republicii street, the new pub with an interesting name, Aftăr Stube (e.g. `stube` means living room in German, whereas `aftăr` is the Romanian phonetic spelling of the English word `after`) stops the passer-by with its interesting logo and sign. Towards the end of the street, Cafeteca is a truly original coffee and tea shop in which every item has a story attached to it. The drawings and the posters on the wall tell the story of people who spent time there like the UK based illustrator who found out the influence that the good taste of coffee can have on artistic inspiration; in the same vein, the events held at Cafeteca throughout time shown by posters that promote `the Nechezol Party`, scrabble game contests, or jazz music festivals hint to the role of the place in shaping a critical audience (e.g. `Nechezol Party`-where nechezol was the hilarious name given to an artificial replacer of natural coffee that existed in communist time, when original coffee was an item of luxury on a closed market-was of the first public events in Romania that depicted the gloomy everyday life of Communism in a funny and ironic way, thus triggering further debates among millennials on its significance). 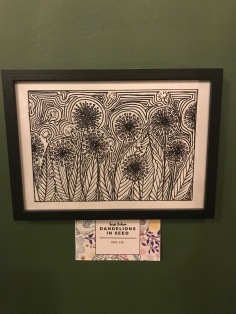 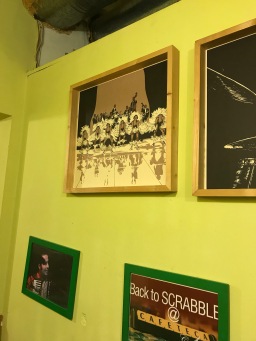 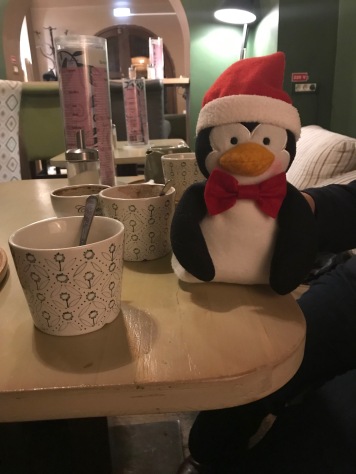 When approaching the Black Church, the final destination, on an adjacent street to Republicii, the windows of the ground floor of a private house strike the passer-by with its multitude and variety of objects, a true curiosity shop in its own right. The awkwardness of the items are echoed by the pendulum clock, a rather old piece, that can be seen on the walls of a modern bistro, located just opposite the Black Church. 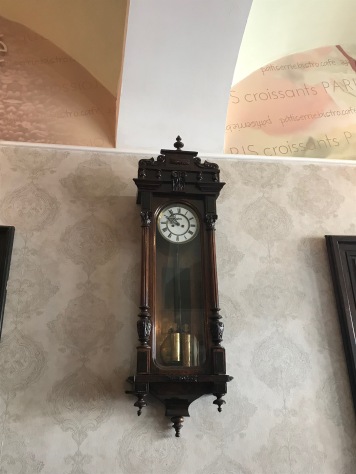 (1) The words belong to Charles Dickens who defines a curiosity shop in his 1841 novel, `The Old Curiosity Shop`; more about the latter and its eponymous shop in London, in this article: https://www.atlasobscura.com/places/the-old-curiosity-shop-london-england [accessed on 22nd April 2019].

One thought on “Public Spaces for Hanging Out in Brașov, Romania, their resemblance with Old Curiosity Shops”