Old Main is the affectionate name given to the oldest building on the campus of the Arkansas University. The University itself started after the turmoil of the Civil War in the area as Arkansas Industrial University in 1871. The first classes were held in 1872 in unassuming buildings built hastily after the battles the Union and Confederate armies  fought around Fayetteville (NW Arkansas), battles whose result was the loss not only of human lives, but also of beautiful public buildings (i.e. especially those standing on the old college lands like Arkansas College*).

In 1873 the construction of the University Building* started. It was based on the plans of the Chicago architect John M.Van Osdel for the Industrial University of Illinois. By 1875, the building was ready for the start of the classes, although its last two floors were only finished in 1879 and 1882. The style of the building is Second Empire with a mansard roof forming the last floor. The four sides of the south tower were initially designed to host clock faces that were never put in place. However, the opposite tower had a bell that could be heard every hour all over the campus.

Although it resisted major fires (i.e. in October 1905, in August 1919, in 1940) Old Main saw gradual deterioration which led to significant renovation efforts in the years 1960-1980 and starting 1985. In that year, a campaign whose slogan was `Bring Old Main Back to Life` facilitated the last and amplest consolidation work that spanned through the years 1989-1991.

Today, Old Main, especially its towers, has become a very popular symbol of the Arkansas University, and of the city of Fayetteville. It hosts the J. William Fulbright College of Arts and Sciences. J.W.Fulbright, the long-standing Arkansas senator and member of the Senate Foreign Relations Committee, initiator of the educational exchange program based on study abroad, which today bears his name, spent his childhood in Fayetteville, under the guidance of his mother, Roberta Fulbright, herself a distinguished editor, journalist, and champion of women’s rights in Arkansas. J.W. Fulbright graduated the History Department at Arkansas University in 1925. In 1939, when he was 34 years old, he became the president of the University, the youngest in the USA!

The walls of the ground floor and of the upper floor display a multitude of photos depicting important moments of Fulbright`s amazing career. The ground floor also hosts the complete series of portraits of the presidents of the Arkansas University, as well as those of notable figures in the life of the university. Such a person was Joseph Carter Corbin, born of a family of free Afro-Americans of Ohio; he was the Arkansas state superintendent of public instruction who signed the contract authorizing the construction of the Old Main; he was the president of the first African-American institution of higher education in Arkansas. Another arresting item on display in the Old Main is the portrait of a Quapaw man in traditional outfit dating around 1700*. Last but not least, Old Main hosts a remarkable small collection of African items, mainly clothing and accessories.

* Called University Hall from 1895 onward and Old Main since 1991, the year of its major, final renovation.

* The French explorers Jacques Marquette and Louis Joliet arrived in 1673 at the confluence of the Arkansas and Mississippi Rivers. Their local guide called the Quapaw villagers Arkansea, people of the south wind. The explorers henceforth named the region Arkansas, which later became the name of the state. 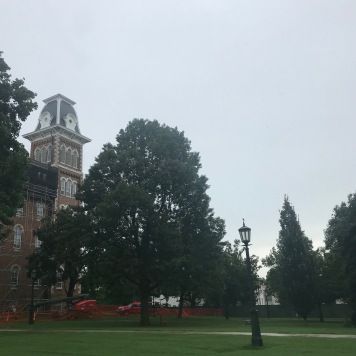 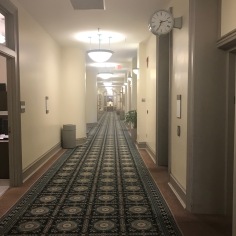 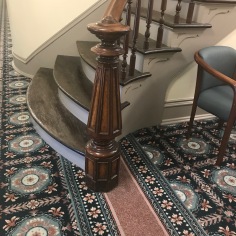 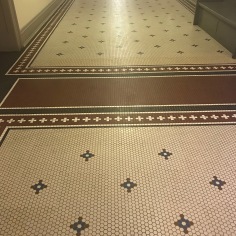 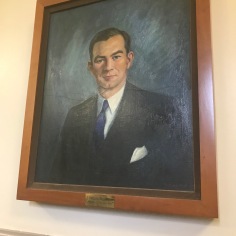 Carnall Hall is the name of the first women residence in the campus, built at the extreme northeast corner of the campus, a location that would comply to the strict segregation of sexes at the time. Carnall Hall was built in 1905 in a mix of Neo-classic and Victorian styles. It bears the name of Ella Howison Carnall, an alumna of the university and associate professor of English and modern languages in the years 1881-1884, the first woman professor at Arkansas University. Sadly, she died at a young age, in 1884. The building was designed by Charles L. Thompson whose architecture company (still in existence today!) planned many buildings in the years 1880-1900 all-around Arkansas, including the Washington County Courthouse and the Park Hotel in Hot Springs.

Carnal Hall functioned as women dormitory since its opening until 1967. In the years 1967-1977 it hosted the Phi Gamma Delta Fraternity. Afterward, it was mainly an administrative building that would host random classes but mainly meant as a shelter for the exceeding university furniture.

By 1991 its original state was significantly deteriorated. After tenacious campaigns for renovating it (i.e. against tearing it down), Carnall Hall underwent a spectacular transformation, yet following its original structure and materials. Now, Carnall Hall hosts an inn and a restaurant. The ground floor features an impressive exhibition of photos that depict important moments in the life of Carnall Hall as women dormitory, as well as headquarter of the Phi Gamma Delta Fraternity*. 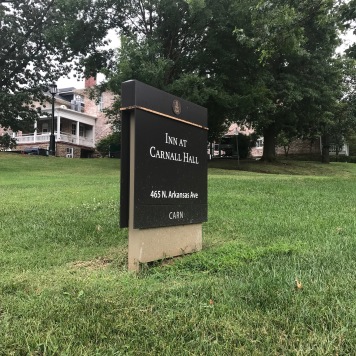 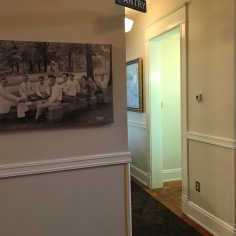