The Museum of Art in Craiova (south-western Romania) hosts a small but relevant collection of modern Romanian painting. The beginnings of modern painting on Romanian territory* are related to the establishment of the first professional association of the painters, in 1787, when a distinction between the thin objects painters and the thick objects painters was made. The first referred to those who were painting people whereas the second referred to those who were painting walls, that is houses.  The local painters of the first category were heavily influenced by the religious representation of saints, as it was understood in the visual tradition of the Byzantine church. The faces and the postures were sober and hieratical while the focus was on objects and accessories of the owners, namely on those features that would define the social and wealth status. That was the rule with the significant exception of Constantin Lecca (1807-1887), a  Transylvanian painter artistically active in the first part of the 19th century in Craiova. He studied in Vienna and Buda, and so he had the ability to combine the wider European influences (e.g. academism) with the local religious painting. 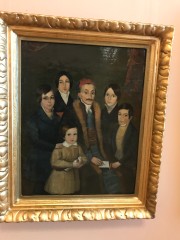 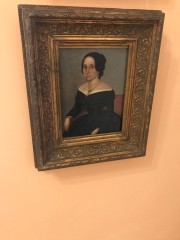 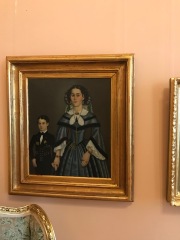 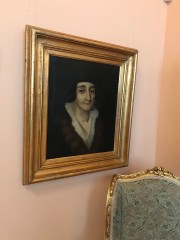 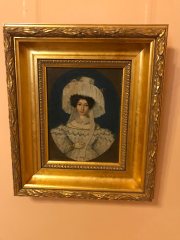 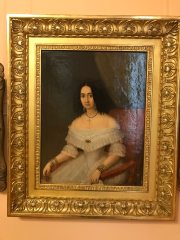 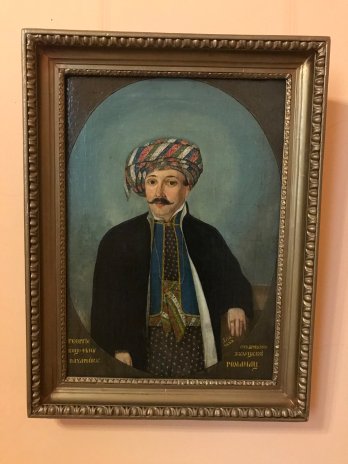 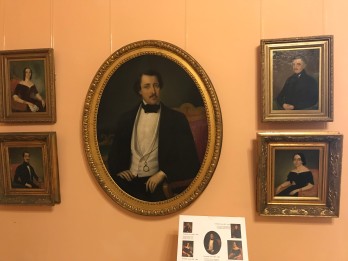 It is fair to state however that the true portrait art on the Romanian territory was established by the so-called itinerary artists. These were mostly coming from Central Europe (German, Czech lands), in the hope of attaining a better professional and financial position as painters of the local boyars and other well-off families. Many of them indeed became locally famous, being associated with the establishment of the first institutions of visual art in Wallachia and Moldova or with the printing of the first professional textbooks of visual art. Some of them initiated the modern art market by advertising their pantings in the newspapers of the time, and by organizing exhibitions where the public had the opportunity to purchase their creations. 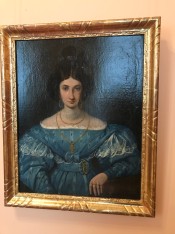 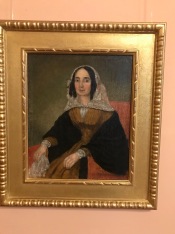 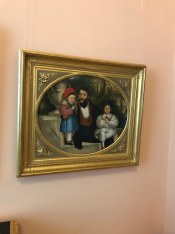 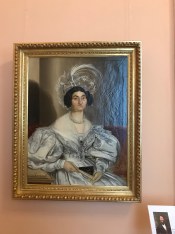 The year 1853 is another milestone in the history of Romanian painting. Theodor Aman (1831-1892), a painter trained in Paris under the guidance of Michel Martin Drolling and François Edouard Picot, won the approval of the art experts of the Salon de Paris, the most important art event of Western Europe at the time. This meant that Romanian painting started to reflect the fashionable Western tendencies or, at least, to be created having in mind the major art trends of the time. Theodor Aman brought new art genres to the local scene (the interior scenes, the city landscapes, the still nature, the painting inside the painting) and he is associated with the establishment of the university training in visual arts.  The reflection of the local realities along the Western tendencies of the time was masterfully blended in the works of another painter, Carol Popp de Szathmári (1812-1887), who democratized the Romanian painting in the mid 19th century, in his portraits, by shifting the attention from the upper class to the simple people on the street or in the countryside, particularly in the countryside, with a focus on the ethnographic features of the individuals or of the communities; a good example is the painting below, portraying ordinary peasant women bathing and washing their ethnic outfit in the river. 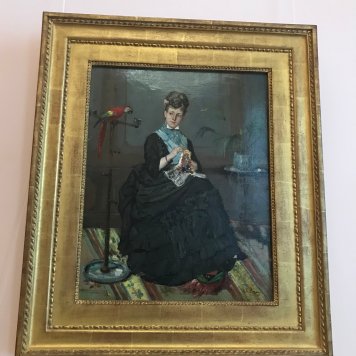 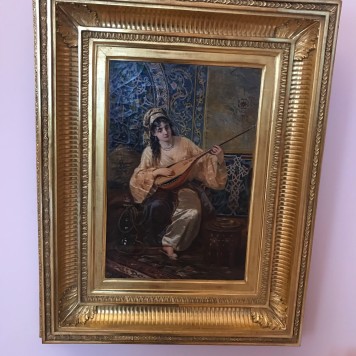 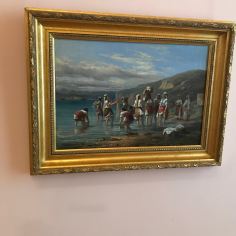 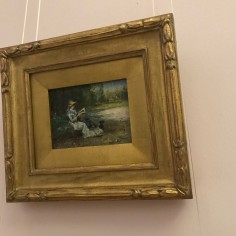 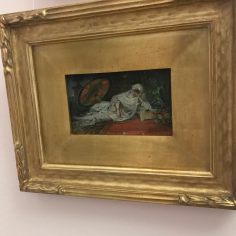 At the turn of the 19th century, and in the first two decades of the 20th, Romanian portraits followed the trends of the time. Paying tribute to impressionism, and then to naturalism, and afterwards to expressionism, the attention of the painter focused on the character and on the moral features of the person to be depicted. Women were not simple esthetical conveyors of feelings anymore; they were complex beings able to transmit contradictory states of minds via faces, clothes, and their immediate surroundings. Of the painters whose works are shown below (Nicolae Tonitza (1886-1940), Ștefan Luchian (1868-1916), Eustațiu Stoenescu (1884-1957)), the last one is the least famous, probably because he was overwhelmingly tributary to the French painting of the times (he mostly lived and painted in France). Yet, his women portraits are arresting due to the perfect balance between the sensuality of the subjects, their distinguished appearance via clothes and accessories, but above all their obvious psychological control of reality, namely of the life around them. 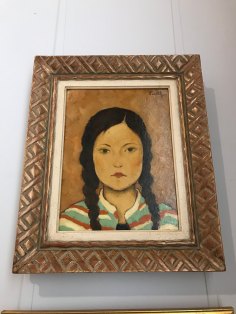 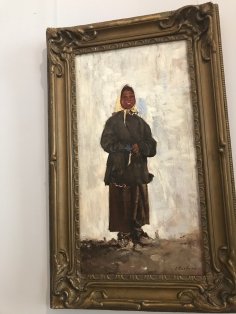 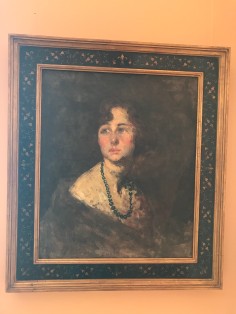 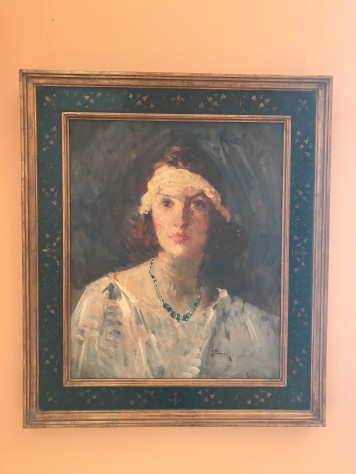 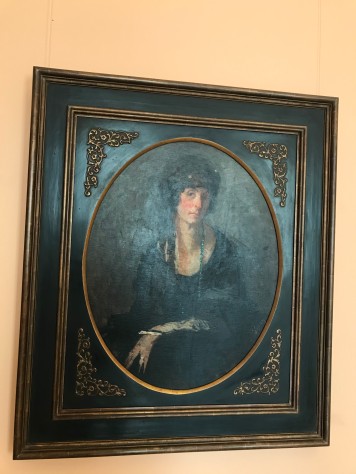 It was natural that these trends would continue in the second half of the 20th century. Painters like Corneliu Baba (1906-1997) and Iosif Iser (1881-1958) portrayed women in their attempts towards professional and sexual self-emancipation. 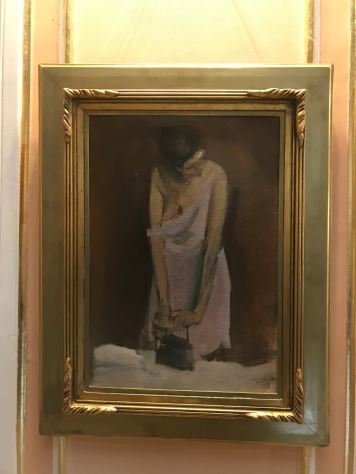 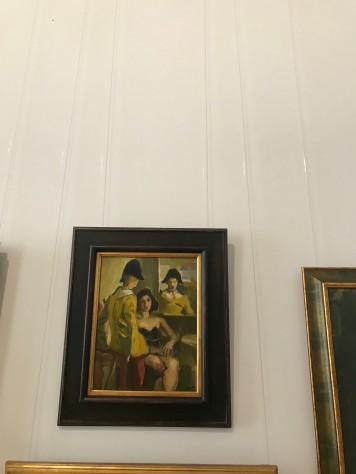 * Until 1918, by Romanian territory, it should be understood the joined Principalities of Wallachia and of Moldova, the so-called Danubian Principalities. Politically, they were under the exclusive domination of the Ottoman Empire (since the beginning of the 18th century) but culturally they were influenced by the Byzantine, neo-Byzantine and Greek patterns, in literature as well as in art (the rulers of the Principalities were a Christian elite called Phanariots, they were mostly ethnically Greek and, before being appointed rulers to the principalities, they held diplomatic and translation positions in the Ottoman Empire, on the account of their knowledge of the widespread European languages of the time-French and Italian).

** Explore the virtual tour of the collection presented here: http://muzeuldeartacraiova.ro/turvirtual/mac.html   [link accessed on 18 th May 2020]

One thought on “Portrait Painting in Romania, 19th and 20th Century”