The word wall itself, regardless of the contexts in which we come across it (e.g. the music of Pink Floyd, the writing of the Austrian author Liane Moriarty, Trump’s administration controversy over building a fence border with Mexico), refers primarily to the extensive enclosure that was built in August 1961 in Eastern Berlin, with the aim of separating the side of the city, and the corresponding part of Germany, controlled by Soviet Russia, from the Western part of Berlin, seen as the gate towards Western democracies like France, Great Britain or the USA.

The wall, whose demise happened in November 1989, literally appeared over night and crossed streets, parks, neighbourhoods, even buildings (i.e. the so-called Reconciliation Church was located on the wall stripe area of Eastern Berlin but had its parish few meters away, on the Western side of the wall*). In the almost 30 years of existence, the wall structure experienced continuous changes towards making it more deadly for the people who wanted to cross it, in search for a better life in Western Germany or farther. It was equipped with metal fencing, watchtowers, bunkers, electrically alarmed fences, nails ‘lawns’, being considered by the communist authorities as the ‘best border security system in the world’*. The wall witnessed numerous escape attempts (e.g. a little over 5000) and casualties (e.g. well over 1000). It became thus a symbol of the thorny road to freedom-for the Eastern Germans, and of the cruel nature of Communist regimes, seen as human rights breachers-for the Western Germans, and for the Western public opinion, at large. 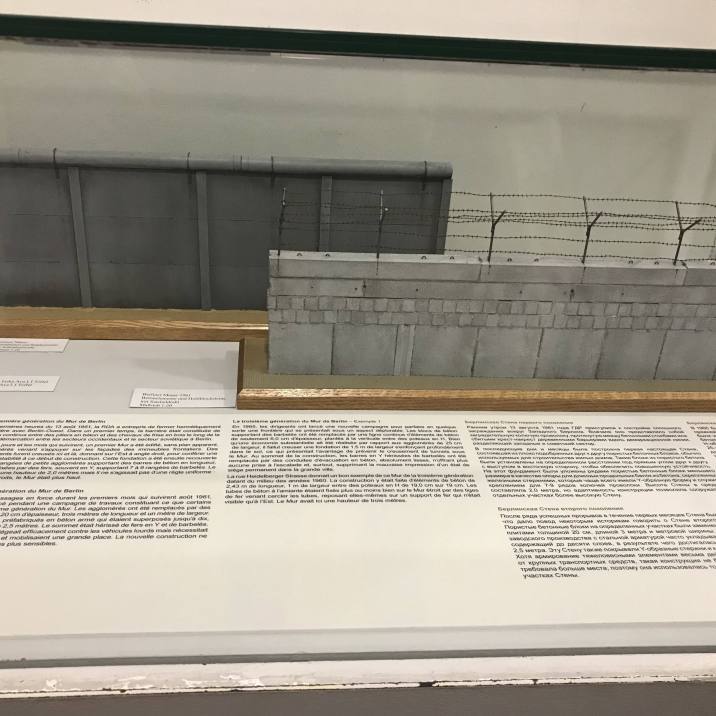 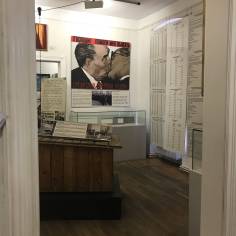 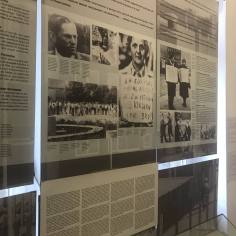 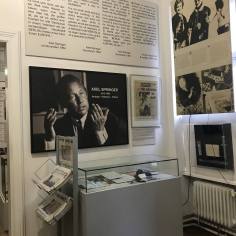 The physical part of the wall’s symbolism was taken over by a museum dedicated to it, which was first hosted in a flat located in Western Berlin, in the vicinity of the so-called Checkpoint Charlie, the crossing point which allowed the Western militaries and bureaucrats to drive or to walk from Western to Eastern Berlin. Checkpoint Charlie was established in 1947, whereas the Wall Museum followed soon after the construction of the fence, one year after-in 1962. One year later, the museum acquired its own premises, in the same district, Friedrichstadt, overlooking the intersection of several historical Berlin streets, such as Friedrichstraße, Zimmerstraße and Mauerstraße. Above all, it overlooked the border traffic going on at Checkpoint Charlie and offered assistance to those who succeeded to escape to Western Berlin, thus becoming a defender of the freedom of speech and of human dignity throughout the years of the wall’s existence.

Since its establishment, the Wall Museum at Checkpoint Charlie has gradually added exhibition themes, photos, objects, small-scale representations of buildings, all meant to document the dramatic interaction between Communism and Western democracies, as embodied by the attempts of wall crossing.

As early as 1973, Wall Museum hosted the exhibition named ‘Artists Interpret THE WALL’, and few years later, in 1976, the exhibition ‘Berlin-From a Front Line City to Europe’s Bridge’ presented the parallel evolution of the two sides of Berlin, starting with the end of WWII, up to the construction of the wall. Beginning with 1984, the Museum is hosting an exhibition which is deeply original in concept, ‘From Gandhi to Wałęsa-Non-Violent Struggle for Human Rights’, in that it aims at mapping a global network of personalities who sought to bring down injustice by peaceful means. In fact, the Wall Museum considers itself the first museum of non-violent protest in the world*, taking pride of its ownership of several objects that belonged to world renown personalities and movements involved in the fight against Communism and other types of injustices (e.g. Mahatma Gandhi’s diary and sandals, the Charta 77’s typewriter, Andrei Sakharov’s death mask). Other two exhibitions that should be mentioned are those dedicated to the history of NATO, and to the life and personality of Ronald Reagan. Both of these are seen as seminal for the destruction of the Wall in 1989, particularly the speech of the American president in front of the Brandenburg Gate, which took place in 1987 and featured the famous words: (…) tear down this wall (…). 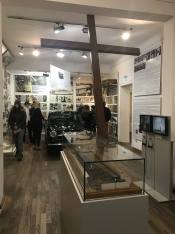 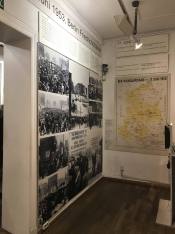 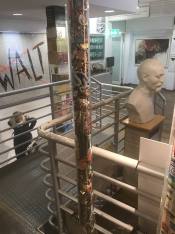 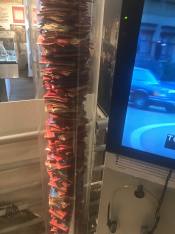 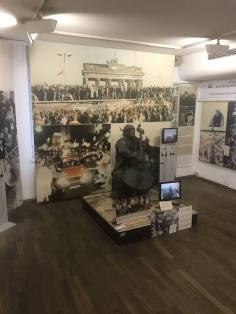 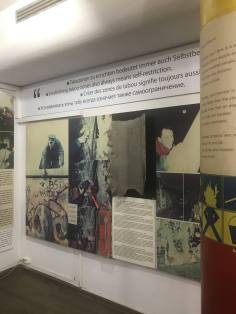 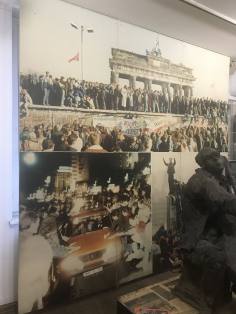 The museum’s mission of documenting the freedom fight against those forces which alter the basic human rights is best expressed in the installation dedicated to Raoul Wallenberg, the Swedish diplomat who saved many Jews of Budapest from Hungarian fascist, and from being deported to the Nazi death camps, in the last stages of WWII, as well as in the display of some objects and methods employed by several GDR citizens in order to escape the Iron Curtain.

The installation dedicated to Raoul Wallenberg consists of a bronze replica of his briefcase made by the German-Hungarian artist Ulla Kraitz, and of a layer of cobblestone donated by the mayor of Budapest at the end of the 1990s to Kraitz and her husband, Gustav Kraitz, who are the authors of a Memorial dedicated to Wallenberg (i.e. called Hope and located in New York). 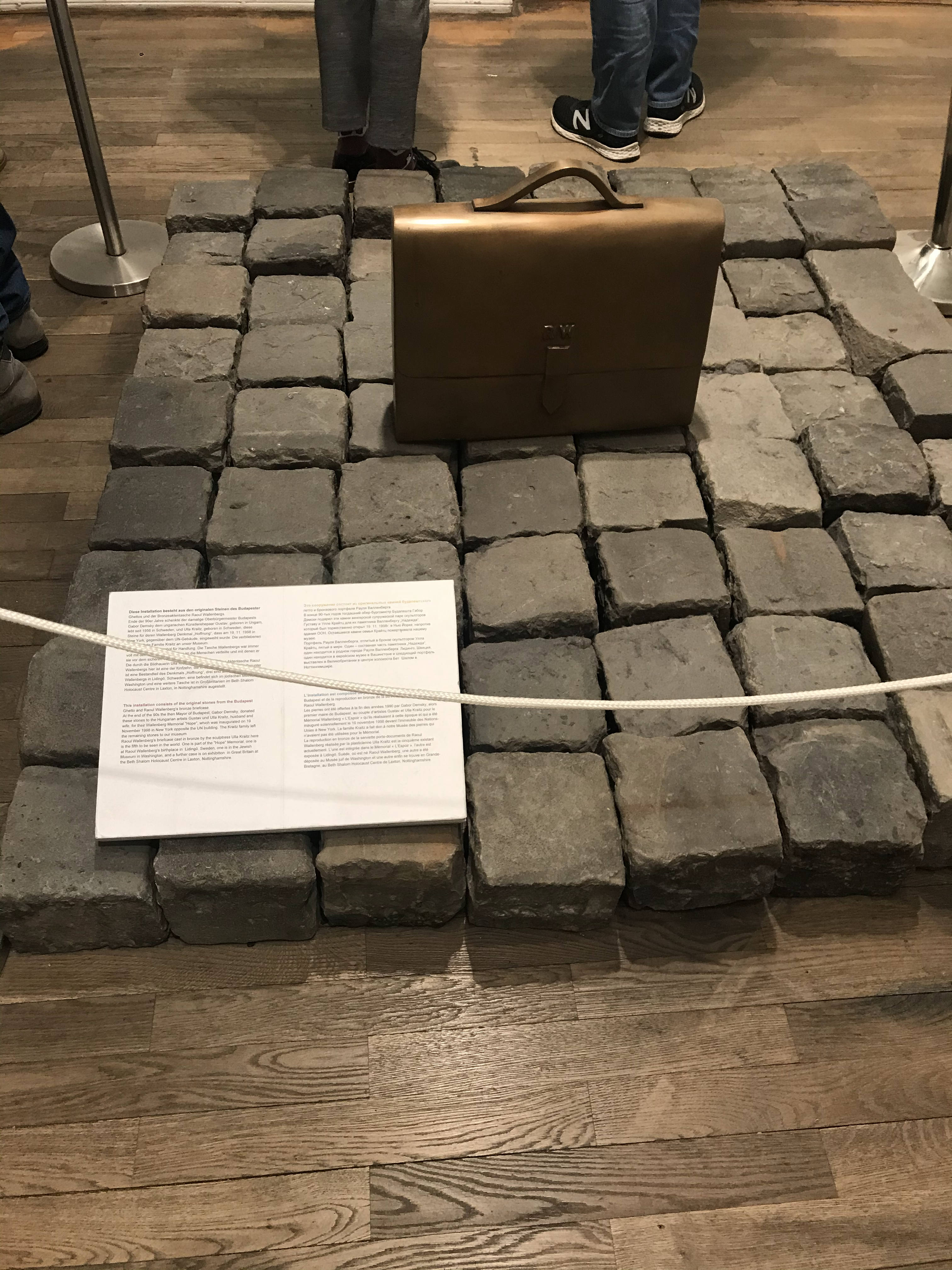 Of the objects and methods used to flee the GDR, which catch attention and inflame imagination, it is worth talking about the loudspeaker box in which the artist Renate Hagen managed to escape Eastern Germany, in the summer of 1977. Her later husband, a popular at the time Dutch singer, succeeded to cheat the border guards and transport the musical equipment in which Renate was hiding.

Another object and method was the hot-air balloon built by a GDR electrician with the help of a driver (i.e. none of them had aeronautical training, instead they had to rely on technical literature and multiple trials and failures). The families of the two (including children!) managed in the night of 16th September 1979 to escape successfully to the Western part of Germany-they took off from somewhere 12 km away from the border on the east side, and landed 10 km west of the border.

An equally dramatic attempt happened in May 1989, when the brothers Ingo and Holger Bethke flew from Western Berlin in two planes to seize their brother, Egbert, from the Eastern Berlin. The operation was a success and it lasted no more than…16 minutes. As it can be seen in the photos below, one of the planes had military camouflage and Soviet insignia.

Although the balloon and the planes did not involve the Wall directly, together with attempts such as crossing the Baltic Sea in a kayak boat (see photo below), emphasize the struggle against an oppressive regime. 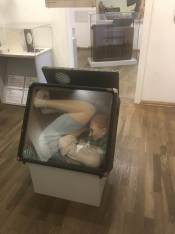 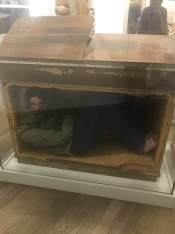 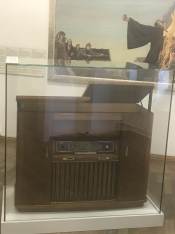 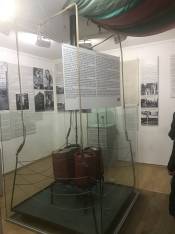 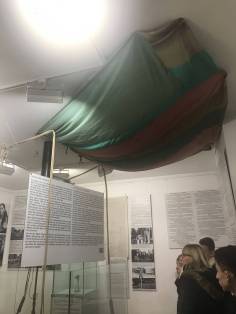 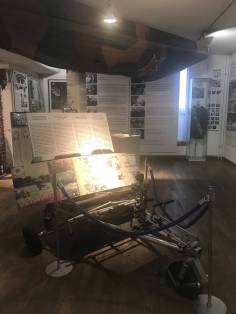 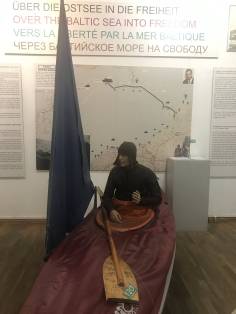 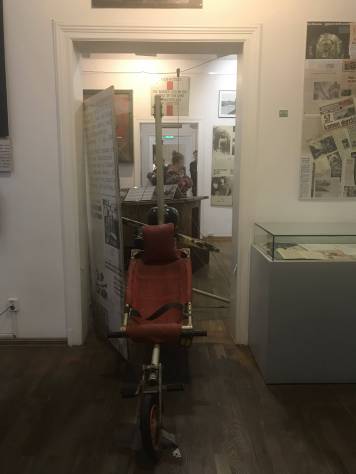 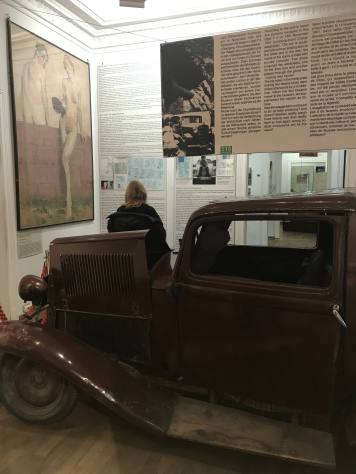 *It was demolished in the 1980s by the Communist authorities on the account of obstructing the free view of the guards along the wall.

One thought on “Defying the Wall: Stories of People who Escaped Communist Germany (GDR) as Recounted by the Wall Museum in Berlin, at Checkpoint Charlie”